Hearing centers close to me

Browse By State Browse By City

How audiobooks can sharpen your hearing

Love books? If you've got hearing loss, listening to audiobooks is a form of auditory therapy that can help sharpen your sense of hearing.

If you have hearing loss, you may need a smoke alarm system that is suitable for your hearing loss, such as a connected system that flashes bright lights, vibrates the bed and/or emits extra-loud low-frequency sounds.

Are you compensating for your loved one’s hearing loss?

Compensating for a loved one who is struggling to hear is a natural inclination, but it may be negatively impacting the entire family. The healthier path is to help your loved one get treatment for their hearing loss.

Nighttime noise can affect your health—even if you're asleep

Noise that wakes you up is bad, but so is noise you're exposed to while you're sleeping, which can disrupt vital sleep patterns. This is the case even if you have hearing loss. Here's how to get better rest and protect your hearing.

...
A woman holding her head after hearing a loud sound. 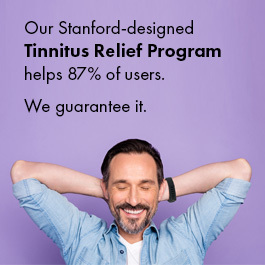 May 10
article
How audiobooks can sharpen your hearing
May 3
article
Smoke detectors for people with hearing loss
Apr 26
article
Are you compensating for your loved one’s hearing loss?
Apr 19
article
Nighttime noise can affect your health—even if you're asleep
Find a clinic